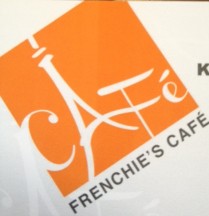 I recently had lunch at Frenchie’s Cafe, a great new spot on United Street between Simonton and Duval. Very, very French, the menu has pan bagnat, croque madames and croque monsieurs, salade nicoise and all our other French favorites. 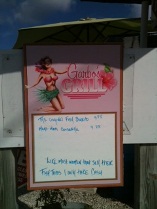 I know, food trucks are over-hyped. However, the thing that made them popular is that they are all about the food. Garbo’s Grill at 603 Greene Street in Key West is a perfect example of that concept. 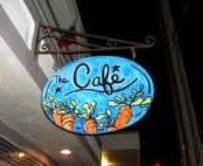 I am not usually completely content in a vegetarian restaurant, but The Café on Southard Street is an exception. Their menu is broad enough to accommodate either true vegan tastes or those of a carnivorous type like me.

Tucked away in a formerly notorious Key West watering hole is a serene little oasis with some of the best sashimi and sushi in town. Ambrosia, which originally occupied a small house on Packard Street, now is an ultra-modern space at the south end of Simonton Street, in the former Queen’s Table Bar and Restaurant , and is still serving some of the highest-quality fish I have ever tasted. 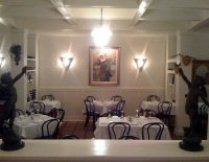 Consistency is a very difficult thing to maintain at a restaurant. Chefs come and chefs go, management changes, staff changes. La Trattoria at 524 Duval in Key West, however, has never missed a beat. They have maintained their level of excellence in both food and service for the past twenty-something years.

Stuart Kemp and his crew at 915 have been creating and serving delicious food at 915 Duval for several years now, and they have managed to keep their edge. Having been invited to cook for the James Beard dinner in New York twice now, they may have been tempted to rest on their laurels, but they have resisted.

Salute has definitely become a Key West institution. Formerly a true beach snack bar on Higgs Beach on the island’s south side (called Chiklits), Salute became a serious restaurant in the mid-90s and, with its ocean view, funky vibe and great, Italian-influenced menu, became an instant hit with the locals. 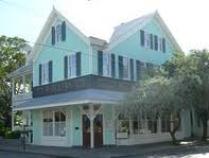 The Marquesa Hotel is one of the prettiest properties on the island. A true boutique hotel, the scale is comfortable and the interiors are elegant and bright. Café Marquesa, its beautiful, small dining room, is also one of the best restaurants in town. 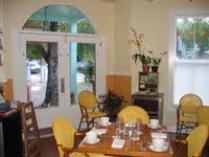 At Sarabeth’s, at the corner of Simonton and Southard, the motto seems to be “simple is best.” Their food is straightforward, minimally adorned and simply delicious. 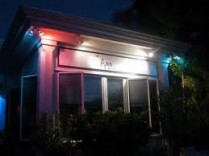 This cozy little place on Fleming has become one of the solid local favorites. White table cloth without pretense, Azur’s menu is a collection of relatively simple, straightforward ingredients put together in an imaginative, thoughtful way.

The Rest of the World